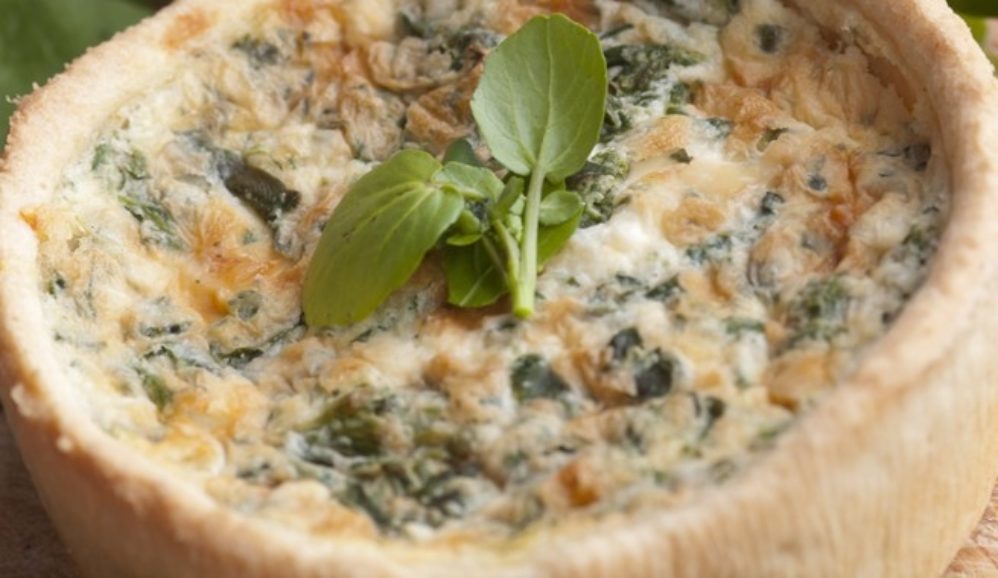 Mini quiches are a tasty and easy appetizer to serve for your next party.

Thaw frozen pie crusts, remove from tins and roll out on a floured surface; use a biscuit cutter to cut 1 1/2 - 2 inch circles from the crust dough.

Cook turkey bacon in a medium skillet over medium-high heat until crisp; drain and cool on a paper towel; crumble bacon when completely cooled.

In the same skillet, saute spinach and garlic clove until spinach is wilted, approximately 5 minutes; drain and set aside.

Using the same skillet, saute onion until it begins to soften, approximately 3-5 minutes; drain and set aside.

Spoon egg and spinach mixture into each muffin cup, filling about 2/3 full.

Bake for 20-25 minutes, or until quiches are puffy and golden brown.

Remove and cool on a wire rack before serving.