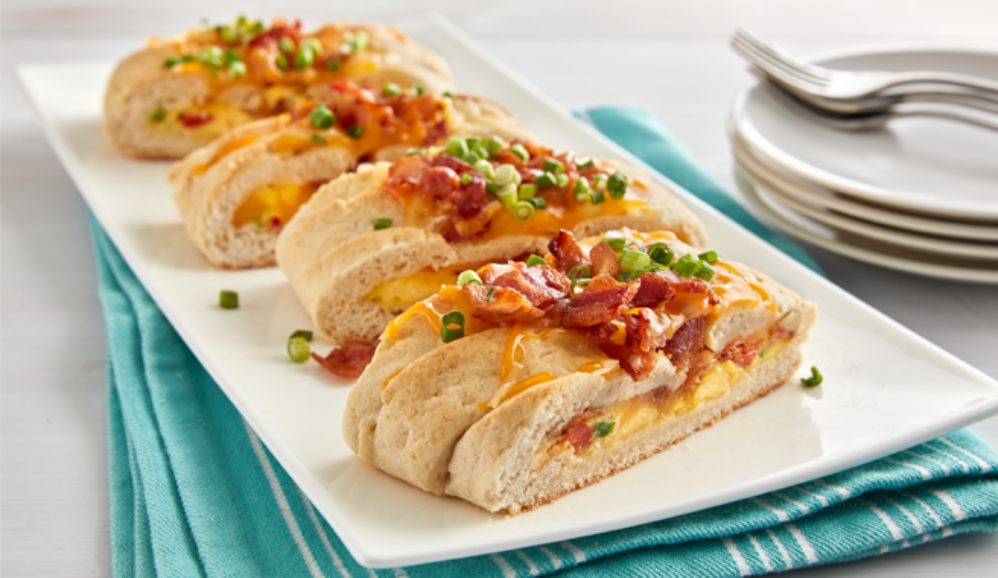 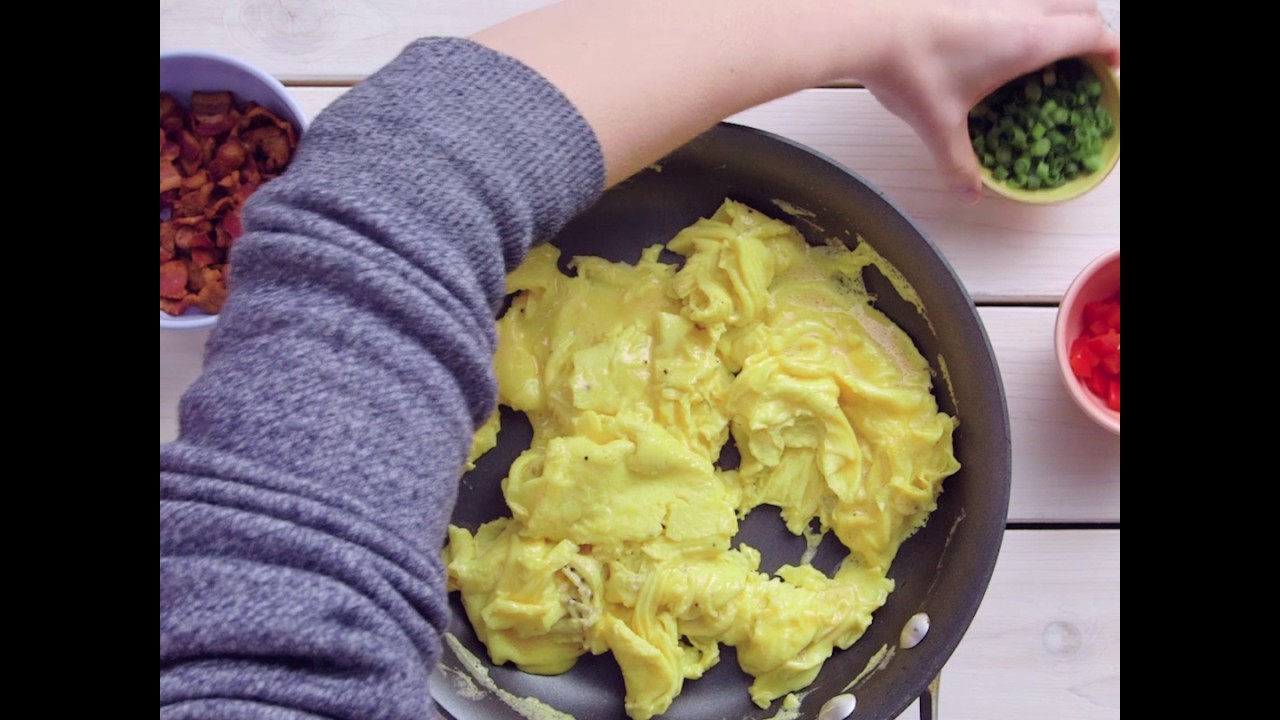 Stir in 3 tablespoons of the green onions and the bell pepper until well mixed. Set aside.

Spoon egg mixture in 4-inch strip down center of dough. Top with 1/2 cup of the bacon and 1 cup of the cheese.

With a sharp knife, make cuts 1 inch apart on long sides of dough rectangle to within 1/4 inch of filling. Fold strips over filling to within 1/2 inch of center, overlapping strips.

Bake 15 to 20 minutes or until golden brown.

Sprinkle with remaining bacon and 1 cup cheese. Bake 2 to 3 minutes longer or until cheese is melted.